“Kelly&Ellis are one of those rare and wonderful unions in life, and what that does for their music and the listener is palpably wondrous. The collection of songs is truly wonderful, beautifully sequenced and charmingly eclectic.”

"We met at the Bluebird Café, Nashville, TN onstage, during the show." - Kelly&Ellis

The Long Road to You, the debut record by new acoustic duo Kelly&Ellis is filled with the sort of masterful playing and spot-on harmony that’s rare to hear on an act's first release. When you listen after hearing their story it all makes a bit more sense. The Long Road to You is a record born of the triumphs and successes, crises and defeats of their pasts. Forged on the road, The Long Road to You is the sound of two people healing together, moving forward yet always mindful of the past.  In many ways a miraculous accident, it almost didn’t happen. 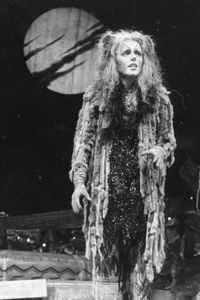 After graduating from the prestigious Carnegie-Mellon University with a degree in acting and music, Leslie Ellis moved to New York City determined to take Broadway by storm. Unlike most dreamers who embark on that quest, she succeeded. After performing in the national tour of “La Cage Aux Folles,” an outdoor arena tour of “The Music of Andrew Lloyd Webber (singing the music from “Phantom of the Opera” with Michael Crawford) and “City of Angels” on Broadway, she landed the starring role of Grizabella (the one who sings “Memory”) in “CATS”. All the while she was writing her own songs; performing at small clubs across the city.

Eventually becoming a performer of original music became her full focus, and soon enough she relocated to Santa Cruz, CA and started a folk rock band called Lost Borders. Ellis won a few songwriting contests and started co-writing with Steve Seskin, a Nashville Hit Writer who lived in Berkeley. She soon landed a gig as a session vocalist for Sony Music, singing demos and background vocals for Celine Dion, Barbra Streisand, Faith Hill, and Toni Braxton, and cutting backing vocals on records by Lara Fabian and Tina Arena among others. “Then they called me to sing “My Heart to Go On” with Celine Dion on the theme song for a new movie,” relates Ellis. “That was in the fall of 1997 and in 1998 we won a Grammy® for Record of the Year for “My Heart Will Go On” from the movie Titanic.

Ellis fell into and out of a bad marriage, and due to the dot-com collapse and AFTRA union strike she was soon also out of a job. She turned to waiting tables at night and keeping books during the day, her guitar gathering dust under the bed. “When I did finally get out of the marriage, I decided to just move to Nashville” she explains. “I was back to waiting tables right after I won a Grammy - I literally had nothing to lose and I felt like it might be my last chance.” Eventually, after more work that you’d think it would take for someone with her resume, she finally scored an invitation to a “Writers Round” at the famous Bluebird Café…

Casey Kelly doesn’t remember a time in his life when he wasn’t singing. Before any of his Grammy Award nominations, before his song “The Cowboy Rides Away” became a signature hit for George Strait, and long before he signed with Warner Brothers, Kelly shared the piano bench with his mother, playing and singing along with her. In high school he took up the guitar, and by the time he was a sophomore at LSU his cover band was opening for major artists at arenas and stadiums. After leaving school Kelly relocated to New York City and was added to the stable of writers at the legendary hit making factories at 1650 Broadway and the Brill Building, working among the likes of Carole King and other hit writers of the Tin Pan Alley days. He met and joined the Elektra Records group Ars Nova. They all relocated to Los 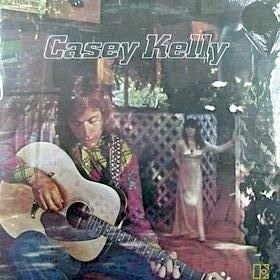 Angeles and the band promptly broke up. Kelly then started playing guitar for Tom Rush, and moved back to the east coast. Two years later he was diagnosed with Type 1 Diabetes, decided he wanted to make his own records, moved back to Los Angeles, and nearly joined Three Dog Night and The Flying Burrito Brothers. Instead he cut two records for Elektra, and toured with Loggins & Messina, The Beach Boys, BB King, and more.

Phil Everly moved in across the street, and eventually Kelly started writing with him and joined his band. Everly encouraged him to move to Nashville, where he wrote Grammy nominated #1 hit “Anyone Who Isn’t Me Tonight”, recorded by Kenny Rogers & Dottie West. He spent a summer in New Orleans playing and recording with the Neville Brothers and working with the likes of Dr. John and Allen Toussaint. Around this time Kelly’s marriage broke up and he became a single parent. He poured his energy into writing (“The Cowboy Rides Away”, Tanya Tucker’s “Soon” among many others), session singing, and playing Writer’s Nights at the Bluebird Café – all while raising his daughter.

“A friend asked if I could help him get booked at the Bluebird Café, which I was happy to do. A month or so later I arrived home in the evening, ready to relax after a long day, when I suddenly remembered I was supposed to be playing that show at the Bluebird in about a half hour” explains Kelly. “I grabbed my bag of harmonicas and a guitar and got there about 2 minutes before the show was to start.”  Ellis continues “He took the last remaining seat on stage, which was next to me. I couldn’t figure who he was - his hair was disheveled and he showed up with all his chords, tuners and harmonicas in a “Wild Oats” paper shopping bag. He started quickly sound checking by playing “Anyone Who Isn’t Me Tonight” and I said, “Oh my GOD, I know all your songs, mind if I sing background on them tonight?” 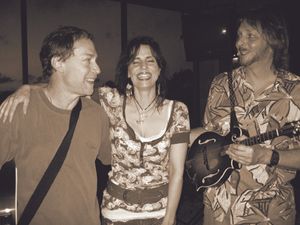 They became instant friends, started singing together and eventually decided to tour together. Over the next twelve years they played together, road tested new songs and reinvented old ones, noticing how the contributions they made to each other’s music transformed it into something really special.

Kelly and Ellis began performing with Todd Cerney in 2006 as a trio touring across the southeast, and in 2007 they toured Norway as the band for Norwegian star Bjøro Håland. They made a CD together and were on their way when, in 2011, Cerney was diagnosed with Melanoma and passed away. Shortly thereafter things ground to a halt. “We didn’t play much for months” relates Ellis. “Our friend was gone, our trio was gone and we had a major identity crisis.” Unable to find a suitable replacement for their fallen compatriot, they decided to perform as a duo and began playing shows again.

Our protagonists fell in with famed songwriter Max T. Barnes, and at dinner one night Barnes innocently asked Ellis why she never sang any songs from her Broadway days. “I said, ‘Max, no one wants to hear those songs and I don’t really want to sing them’”, she recalls. “Max looked me square in the eye and said, ‘Everyone wants to hear them and it doesn’t matter if you want to sing them or not. They are a part of your story and singing them would set you apart from all the other “just songwriters” out there’”. It was at that moment that Kelly and Ellis became Kelly&Ellis, determined to reinterpret their past through the lens of their present.

Working with producer Dave Rivers, The Long Road to You grew and evolved as it was being written and recorded. Each song has its own story, yet the record as a 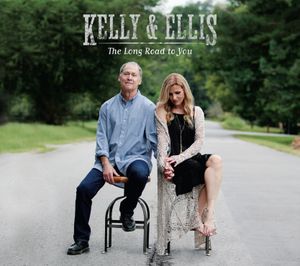 whole feels seamless, amply demonstrating that Kelly&Ellis are profoundly, undeniably a duo; they inspire each other to rise to new heights, lift each other up, and are better together than they ever were apart.

Tracking at John Willis’ Willisoundz studio and River’s own studio, The SoundTrain both in Nashville, the process was “an amazing experience and a real labor of love” says Ellis. “We worked until the feel was right, and genuinely captured the emotion we knew was there.” Merel Bregante (Loggins & Messina, Nitty Gritty Dirt Band) handled drumming duties, and Willis himself handled just about all of the stringed instruments, except for Cello, supplementing Kelly’s skillful guitar work.  Austin Hoke (cello), Jeff Taylor of the “Time Jumpers” (accordion) and Josh Culley (bodhrán, penny whistle) rounded out the ensemble. 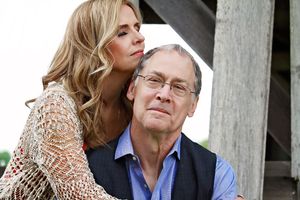 Listening to The Long Road to You, you hear flecks and flashes of two lives well lived, full of passionate love for music and the joy of performing, and very much ready to keep pushing forward. Glimmers of classic rock, Celtic music, New Orleans R&B, contemporary pop, Broadway, and of course American country music combine to push the record beyond genre and into a celebration of songwriting and the creative spirit. The Long Road to You captures a sound born of two hearts, honed over years of performing together, and full of all the pain, humor, relief, disappointment, strength and gratitude that comes from fully giving oneself over to one’s art. “We’ve given all we have to this” says Ellis. “We spent our first wedding anniversary working on the masters, because that’s the joy of it. Doing what we do... together.”

"The Long Road to You", is the latest creation of Nashville couple and duo Kelly&Ellis. It is an up-close and personal musical event of seamlessly interwoven stories and songs from the lives of Multi-Award Winning Artists Casey Kelly and Leslie Ellis. Their compelling story is rooted in Rock-n-Roll, Broadway, and Hit Songwriting and culminates in a Love Story that leaves the listener charmed.

They create a Multi-Genre Experience by drawing from their past and present experiences and combining original songs with fresh takes on old favorites. Through their touching, and sometimes hysterically humorous stories, the audience can catch a glimpse of the ups and downs of life in the music business and how the unexpected things in life lead you right to where you belong.

From the very first chord, Kelly&Ellis welcome the audience to travel their life’s journey, in an Intimate “Listening Room” Environment - surrounded by candle-lit tables - that makes a large room feel like an Acoustic Coffee House. Their unique story is rooted in Rock-n-Roll, Broadway and songwriting and culminates in a Love Story that leaves the listener charmed.

Kelly&Ellis are not newcomers to performing. Multi-instrumentalist and Grammy® nominated songwriter Casey Kelly, began his career as a Rock-n-Roll recording artist for Elektra Records, touring with Loggins & Messina, Poco, and the Beach Boys. He excelled with his superb finger- picking style as a guitarist for Tom Rush. He had his first success as a songwriter with Bob Lumen and went on to become one of the biggest songwriters in Nashville with hits like “Anyone Who Isn’t Me Tonight” (Kenny Rogers and Dottie West), “Soon” (Tanya Tucker), and George Strait’s iconic signature standard, “The Cowboy Rides Away.”

Grammy® award winning vocalist Leslie Ellis, began her career on Broadway starring in award winning shows like “La Cage aux Folles” and “CATS, The Musical.” She entranced sold out audiences starring as Grizabella singing the famous song we all know and love, “Memory.” After her Broadway days, Leslie became a sought after studio singer and in 1998 won a Grammy® award for singing with Celine Dion on “My Heart Will Go On” from Titanic.